Will there be an mRNA vaccine for cancer?

Reprinted from: made for minds/ Will there be an mRNA vaccine for cancer? by Louisa Wright/ 07/23/2021

Vaccines for cancer caused by some viruses already exist. But the search for a cure for cancer is ongoing. Scientists are now trialling mRNA cancer vaccines. 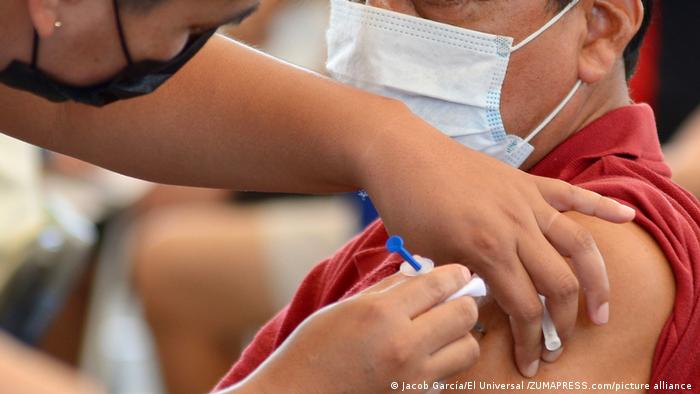 mRNA vaccines are being used against COVID; now, scientists are looking at cancer

Before the coronavirus, most people had never heard of mRNA vaccines. The Pfizer-BioNTech and Moderna mRNA vaccines against COVID-19 were the first to be used in humans.

But the technology had been in development for years ― and among the diseases it was being tested on was cancer.

In mid-June, BioNTech announced that the first patient had been treated in its BNT111 phase 2 cancer vaccine trial. The vaccine uses the same mRNA technology as the Pfizer-BioNTech coronavirus vaccine.

“Similar to the way an mRNA vaccine against SARS-CoV-2 works, an mRNA cancer vaccine trains your immune system to recognize a certain protein on the surface of cancer cells,” said Anna Blakney, an assistant professor in the School of Biochemical Engineering at the University of British Columbia in Canada.

The goal of an mRNA cancer vaccine is to instruct the immune system to attack the cells expressing that protein.

“Basically, the idea is to get the immune system to recognize the cancer,” said John Cooke, medical director of the RNA Therapeutics Program in the Houston Methodist Hospital’s DeBakey Heart and Vascular Center in Texas.

Cancer is a leading cause of death worldwide. It killed nearly 10 million people in 2020, according to the World Health Organization.

The reason cancer is able to grow and potentially kill a patient is that it is able to evade the immune system. “They fly under the radar of our immune system,” said Cooke.

Vaccines are often thought to be preventative medicines, but the people in BioNTech’s trials and other vaccine programs already have advanced melanoma.

For some types of cancer, like melanoma, it is possible to find a common change caused by the cancer among most people with the disease, Cooke told DW. This is the approach BioNTech has used. It has identified four cancer-specific antigens. More than 90% of melanomas in patients express at least one of these antigens.

But making a single vaccine to fight other types of cancer can be difficult.

“What’s different in cancer is that most of the changes that are present in an individual cancer are unique,” said David Braun, a physician-scientist at Harvard’s Dana-Farber Cancer Institute. “Very few are actually shared between patients.”

This means that the vaccine needs to be tailored to the individual. Braun works with peptide vaccines in kidney cancer patients, and the targets that scientists can tell the immune system to attack differ from patient to patient, even though they all have the same type of cancer.

“What we’ve been trying to operationalize is a more personalized approach, a sort of precision immune therapy approach where we actually try to make a customized vaccine for each patient,” Braun told DW. The same approach is also being used in mRNA vaccines, Braun said.

This requires sequencing the DNA and RNA of a patient’s tumor and finding out what makes it unique.

“Then you compare that to normal tissue and you look for differences in that particular cancer,” said Houston Methodist Hospital’s Cooke.

The ideal situation is that the proteins are expressed only by the cancer cells, but other parts of the body, like healthy tissue, can also produce the same proteins. This means it is possible that some kind of autoimmune response could occur if the immune system attacks healthy tissue that it believes is foreign.

A vaccine to prevent cancer?

Depending on the type of cancer, it may be possible to create preventative vaccines for people at risk of developing certain types of cancer.

The preventative vaccines are currently being tested in animal models as proteins, and the next step is making them as RNA, said Cooke.

“RNA is a lot easier to make,” Cooke told DW. A lot of vaccines are protein-based, but with mRNA vaccines, scientists just need to write the code for a protein, rather than making the proteins.

Phillip Sharp, a professor of biology at MIT, co-won the 1993 Nobel Prize in physiology or medicine for his discovery of split genes and spliced RNA in the 1970s. His work contributed to the COVID mRNA vaccines that people around the world are being injected with today.

The fact that scientists discovered a way to protect the RNA and make it in a sufficient quantity to be used as a vaccine was a big technical step forward, he said.

“It took a lot of innovation to do that,” said Sharp. “Once you develop a new technology, such as the mRNA technology, man will use it for as long as there are societies who can deal with technology,”

Cooke doesn’t think it is likely that there will be a universal vaccine against cancer, but he does believe that just like scientists have been able to eradicate some infectious diseases, the same will happen for some cancers.

“We’re going to have another arrow in our quiver against cancer,” Cooke said.